Pretzel and I just finished a bug pinning class. We learned how to rehydrate a butterfly and how to pin it so that it can dry with it’s wings splayed out. It was pretty cool, and actually far easier than I thought.

It got me thinking about all the times that I’ve gotten to see cool bugs. When we lived in Wisconsin, we saw Monarch butterflies every summer.

They had huge, fat green caterpillars that were slow and ponderous. They ate all the milkweed, and it actually made the monarch butterfly poisonous if swallowed. But they were ubiquitous—we fucked around with the bugs, we caught the butterflies and let them go again, we used to find the cocoons. I even vaguely remember seeing one hatch and dry its wings out one summer.

I’m not sure if it occurred to you when you were younger, but we haven’t seen those again since we moved. We happen to be right on the border of where they migrate to. Maybe people have seen some, but I definitely haven’t seen one in perhaps decades.

No one pinned a monarch butterfly at the class. But I was thinking about them as we were looking at our small butterflies. And having to handle them and pin them caused me to rediscover the bizarre and striking beauty of insects. I do not remember what butterfly I had to pin—hang on lemme find it.

Look how blue that shit is. Damn. Mine’s not that blue. It’s an insect—seen as the lowliest of the creatures—and it’s freakin’ gorgeous. And then I think back to how freakin’ orange monarchs are. These things are surreal. They are alien.

I remember when I was a junior in highschool, and the WASL tests were going on (it stands for Worthless As Shit Learning). School always had late start during those two weeks, but I went to school anyway because I would get dropped off by mom on her way to work.

One day I found a huge fucking moth. 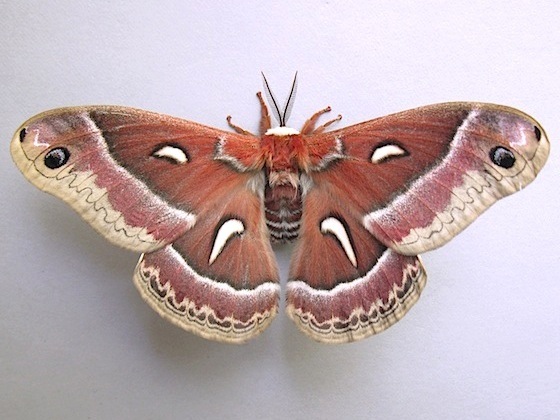 It couldn’t fly. I didn’t want to leave it on the sidewalk, so I picked it up and carried it around for a couple hours. It just chilled on my hand, and I went and showed various teachers. Most of them were not excited for me to bring giant bugs to them. It was as big as my palm.

Before class started, I figured I would take it out to the football field near the forest to give it its best shot. I placed it near a fence and tried to nudge it off my hand. It flapped it’s wings a couple times and then just fluttered away. It was fucking mystical.

It started to make me think about all the other candid moments I’ve had with other wild animals and bugs. It’s hard to appreciate them at the time, but there is something so distilled and mystical about nature. You don’t really come face to face with it, and when you do you start to understand what about it our ancestors used to worship and emulate from it. Nature is all we’ve ever known on this planet, and somehow this shit is so alien.

When was the last time you ever took a step back from nature and really tried to parse the different things you might encounter. We take it for granted because we grew up with it—we’ve seen these creatures in pictures and videos. But have you ever really considered it? We assume that most creatures have eyes and a mouth. A spider has eight fucking eyes, and it has mandibles instead of a mouth. Like, try not to imagine a spider, try to just think about a creature with eight eyes and pincers for lips. What the hell is even happening on our planet anymore?

I’m going to list a couple descriptions and avoid using identifying language, and I want you to try not to think about what animal I’m describing.

A four legged creature with a long, tapering face. It’s fur is short, coarse, and tan colored. From the back of its skull, it has two massive protrusions that twist in a single helix that are longer than the skull itself.

A small creature with a long, segmented body. From each segment of it’s body is a pair of legs. From it’s head, massive probing antenna that tap and brush everything in front of it.

A creature that pushes itself along with a couple external flaps, and a tail that propels it through fluids. It has a scaly skin, and when threatened, it balloons in size and becomes covered in spines.

A creature with a long tongue that it can shoot out to capture prey. It has two, bright red eyes on either side of its head. It has long thin limbs with massive, circular fingertips that let it climb vertical surfaces.

A creature with two brittle wings covered in brightly covered powders. It has no mouth, instead it has a long tongue it can unfurl to drink nectar from flowers. It’s eyes are multi-faceted spheres.

How bizarre is our world?

I’m a daydreamer. It’s bad—I would say I’m daydreaming nearly half of the day. If you see me, and I’m being quiet, I’m definitely somewhere deep in my mind imagining vast battles, heroic triumphs, or solemn goodbyes. This is especially true if I’m listening to music.

Cutaway to tiny Daniel sitting in a movie theater with a bowl cut and a slack jaw. Watching [insert movie] and getting caught up in the climax. Those pivotal scenes always punctuated with a score that enhances those moments. The crescendos when the protagonist wins, and the diminuendo when all feels lost.

Half the time, I wouldn’t remember the exact scene in the movie, but whatever song is was gets stuck in my head for the rest of time. This still happens to this day—certain scenes in shows and movies and games have a score or soundtrack that just fucking crushes it.

Furiosa being stabbed and desperately trying not to drop Max. 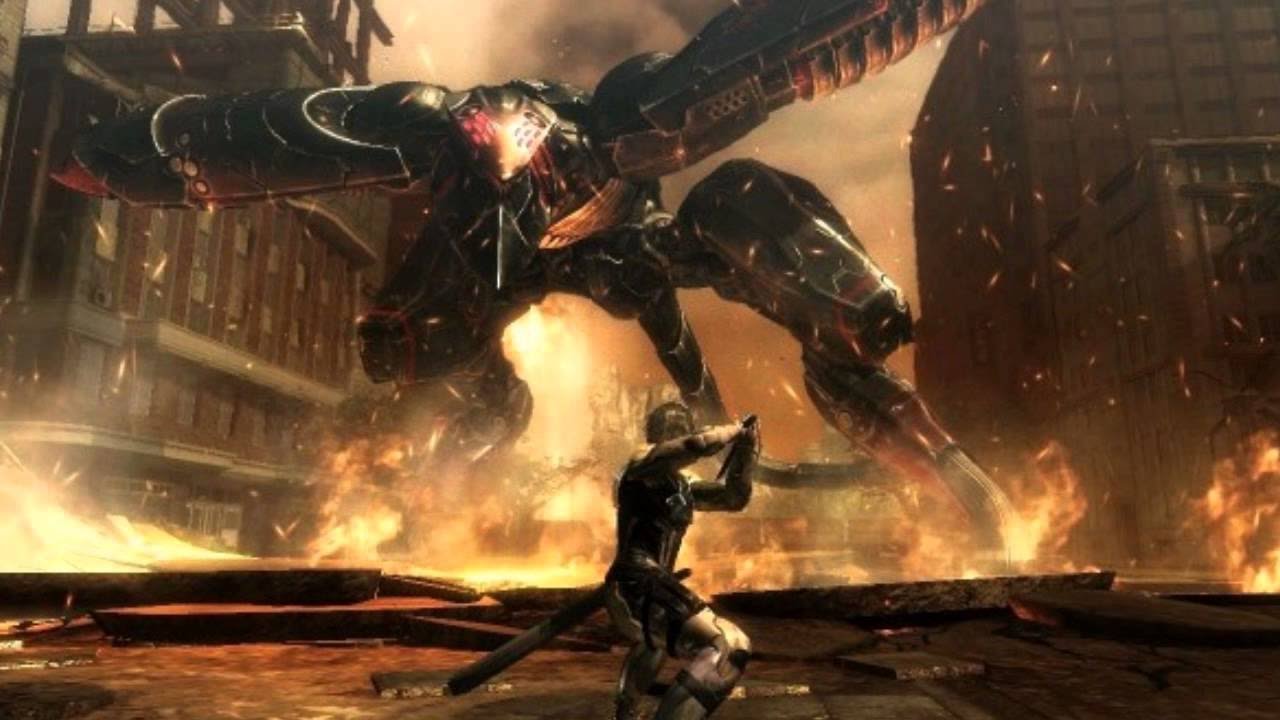 Colonol Mustang bringing his enemy to their knees.

I look at the image and I can hear the music. I know not only the song that plays, but  very nearly the exact part of the song that is playing.

I think I was 12 when our parents bought me my first portable CD player. I listened to CD’s laying around the house for a while, but I soon learned to burn my favorite songs to CD’s. Dad showed me KaZaA and how I could download my favorite songs and then burn them, and that moment basically defined my imagination for a long damned time.

This gave way to MP3 players which I used until 2014. I still have one or two of my borked MP3 players in a box somewhere. For a good long while I used my PSP as my music player. I can remember walking around the adidas campus, listening to music, and daydreaming about stuff.

Then I was given my first smart phone. This changed everything. Not only could I store my own music on my phone, but I could stream music to my phone. My daydream game had been improved significantly.

It’s been a couple years now. I still get lost in daydreams all the time, usually about Rogue Trader, Dungeons and Dragons, or some other thing I need to write. I listen to music and try to carefully curate music for when I’m running a game for my friends. The problem I’m facing now is that I am basically out of music. I’ve listened to everything I have way too many times.

Now that I can search for a song from my phone, I don’t discover music anymore. I’m always listening to the song I was thinking about. I don’t listen to the radio, and I don’t see enough movies or shows to really find more. Now when I find a song I really like, I listen to it on repeat for sometimes hours until I’m over it.

I’ve been using things like YouTube Music and Amazon Music to help me branch out and explore, but it doesn’t really help me find more because that requires me to listen to the music.

I am simply terrible at listening to music and enjoying it. Songs take me somewhere—somewhere I’ve been before; somewhere I want to be. New songs struggle to do that. Most of my favorite songs and albums were accompanied by something else, and I’m taken back to that moment while I’m listening. It’s really difficult for me to find new music because it frequently feels soulless or that something’s missing. I think this is a big reason why I don’t like rap and country—it’s hard to daydream over it.

I’m sure someone reading this is like, “This is the dumbest thing I’ve ever heard.” And I agree! I frequently wish I could switch it off and just enjoy an album for what it is. But that album needs to inspire me, or take me somewhere in my imagination for me to really want to listen to it again and again.

There was a massive period of my life where I was listening to a lot of symphonic metal (black metal or heavy metal depending on who’s categorizing it). Bands like Epica, Nightwish, Kamelot, Within Temptation—most of their songs are metal but include symphonies or choruses. It just makes it feel epic—like a soundtrack. And that really clicked with me. I couldn’t even tell you what half of the songs were about, but the melodies, crescendos, and diminuendos all played nicely to whatever scene was playing out in my head.

I have trouble finding new genres that make me feel that way. I will sometimes stumble upon something, but I wear it out way too quickly.

I wouldn’t really call myself a music lover, but music is critically important to my imagination and my inspiration. Half the time when I’m trying to write a quest for one of my games, I need to find the right song first. I’m not sure what music means to all of you, but in many cases I feel like music is an I.V. drip to my soul, and without it my imagination begins to dry up.